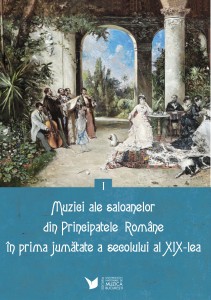 Between November 21-23, 2019, the National University of Music of Bucharest organized an international conference as part of the FDI project Elites and Their Music. Music and Music-Making in the 19th Century South-Eastern Europe Salons. During this conference was presented the volume Salons Music in the Romanian Principalities in the First Half of the 19th Century published by UNMB Publishing House in collaboration with the Research and Innovation Department of our university. The volume contains a repertoire of piano salons, compiled by an unknown author, collected by the editors of our publishing house from manuscript no. 2575 from the Library of the Romanian Academy in Bucharest. The anthology includes two extensive introductory studies by professor Speranța Rădulescu and professor Dan Buciu.